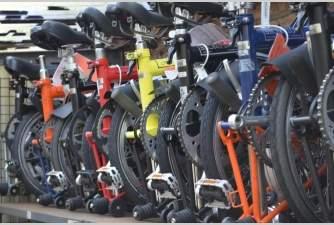 Officers from Harrow’s Safer Transport Team executed a warrant on Tuesday 16 October at an address in Stanmore and recovered 11 Brompton bicycles believed to be stolen.

Two men aged 25 and 24 were arrested on suspicion of handling stolen goods and have been bailed to return on a date in November.

Police are appealing to anyone who has recently had a Brompton bicycle stolen in the hope that they can reunite these bicycles with their rightful owners.