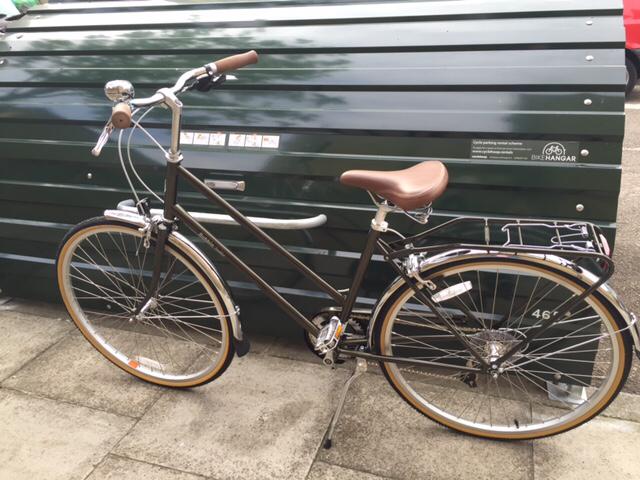 Purchased brand new May/June 2016 from A&S Cycles Chatsworth Road. This photo was taken when the bike was brand new. It had started to get small chips on and around the frame. The bell is also no longer on it. When it was stolen it had two empty grey Altura panniers attached to the back secured by a strong D lock.

The bike was secured to a lamppost on Sophia Road, E10 and was stolen during the day on Friday 11th October 2019. It was secured to the lamppost with a combination lock which had been cut through. This theft has been reported to the police.