10 seconds to make your bike traceable 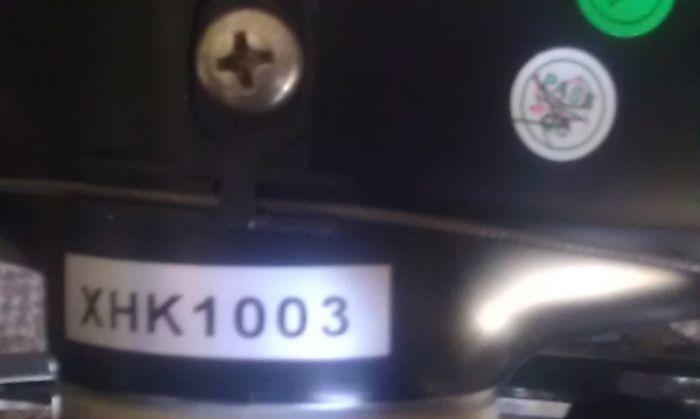 Patrick Colquhoun wrote in 1796 in A Treatise on the Police of the Metropolis “deprive a thief of a safe and ready market for his goods, and he is undone”, this quote seems like a fairly simple idea but for some reason the trade in stolen goods including bikes seems just as prevalent.

There is a way to help police (and members of the public) trace your stolen bike should the worst happen and all it involves is 10 seconds of your time. So what is this magical trick? It’s simply recording your frame number.

This number is near as makes no difference unique to your bike (remember not even DNA can be considered truly unique) and stamped into most bikes underneath the bottom bracket when it’s manufactured.

Despite this very few people take the time to actually bother and last year we asked 600 cyclists why? Well 62% said that they simply hadn’t got round to it with others not believing it would make a difference anyway or simply being unaware of its existence.

Hadn’t got round to it?

If you have the time you can attend a police registration event which involves recording the details on a property register and placing a tamperproof sticker on the bike, some forces (like the Metropolitan Police) do this for free and other forces make a small charge (£8 in the case of Avon & Somerset Police). You can find more information about local registration events by contacting your local force.

This sounds like a lot of effort though and indeed I haven’t attended one of these events. A much quicker and convenient way to record your frame number is simply to take a picture of it (check the quality to make sure it’s clear) and email it to yourself. This way should the worst happen you can dig the number up and pass it to the police and other registers (such as Stolen Bikes UK or Immobilise).

On a side note 95% of respondents said they believe retailers should be recording the number for them and 70% said they would pick a retailer that did this and offered other security advice over one that didn’t. Manufacturers such as Brompton and Bianchi are asking customers to register the frame number through their customer portal which is a huge step in the right direction.

Don’t believe it would make a difference?

Most bikes are mass produced and whilst many people know their own bike from another one like it (via marks or aftermarket parts) others may struggle providing the frame number provides a concrete way to ascertain ownership of a bike for those that don’t know the ins and outs of your personal bike.

Well know you know. Seriously though with 95% of people suggesting that retailers should record the frame number, I hope in the future more retailers will lead by example and help their customers record this information even if it’s simply printed on the invoice. I recently replaced my bike with one from PlanetX and was pleased to receive a certificate that featured my frame number and information about my bikes build.

Hopefully all of the above has convinced you to grab your bike and make a record of the frame number if you haven’t done so already.