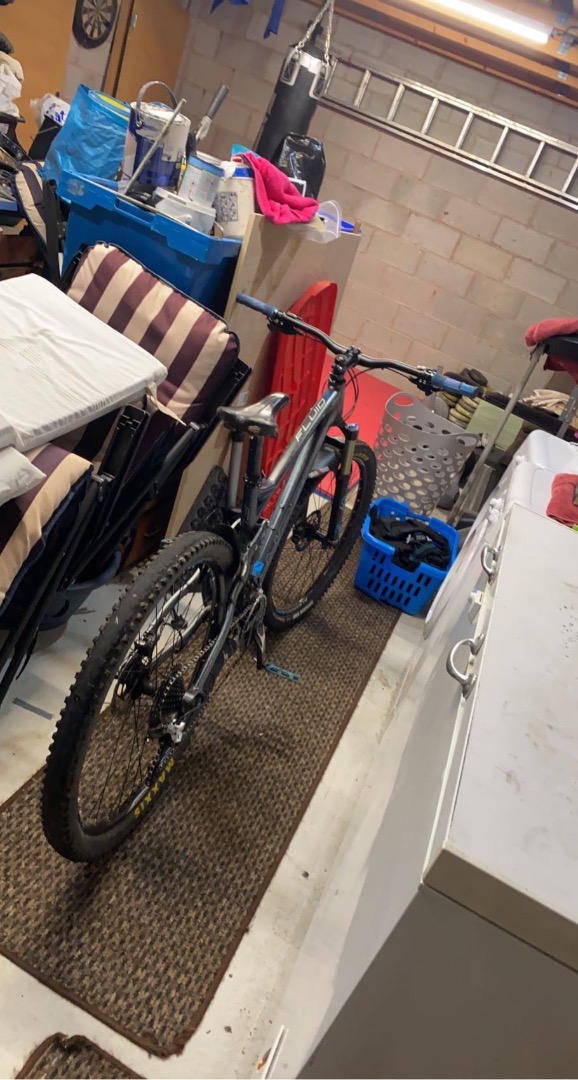 This bike has FOX 32 performance forks with a FOX Performance  float on the rear it also has some scratches in the stanchions and also rockstar energy drink decals on the front. The bike has 2 Maxxis minion DHF 3C MaxxTerra EXO protected wheels the rear is bald and the back wheel is buckled slightly everything except the grips and pedals is stock the pedals are DMRBikes V6 plastic blue pedals and the grips are DMR Deathgrips one blue one Miami it also has a silver Shimano XT derailleur since it was replaced from black . The bike is a 2016 model Fluid

<ul> <li>4 lads came up to me an asked for my bike I refused one of them was on a green carrera one a black Scott and I don’t remember the other 2 2 were wearing ski masks and the others one was white and the one that was telling me to get off the bike was mixed race or darkish white tone. after they told me to get off the bike I refused they threatened to stab me but I still refused. The lad then swung for me and I dropped the bike and he picked it ip leaving the carrera behind and taking my Norco. This happened near pier head in Liverpool next to a black building.</li> </ul>