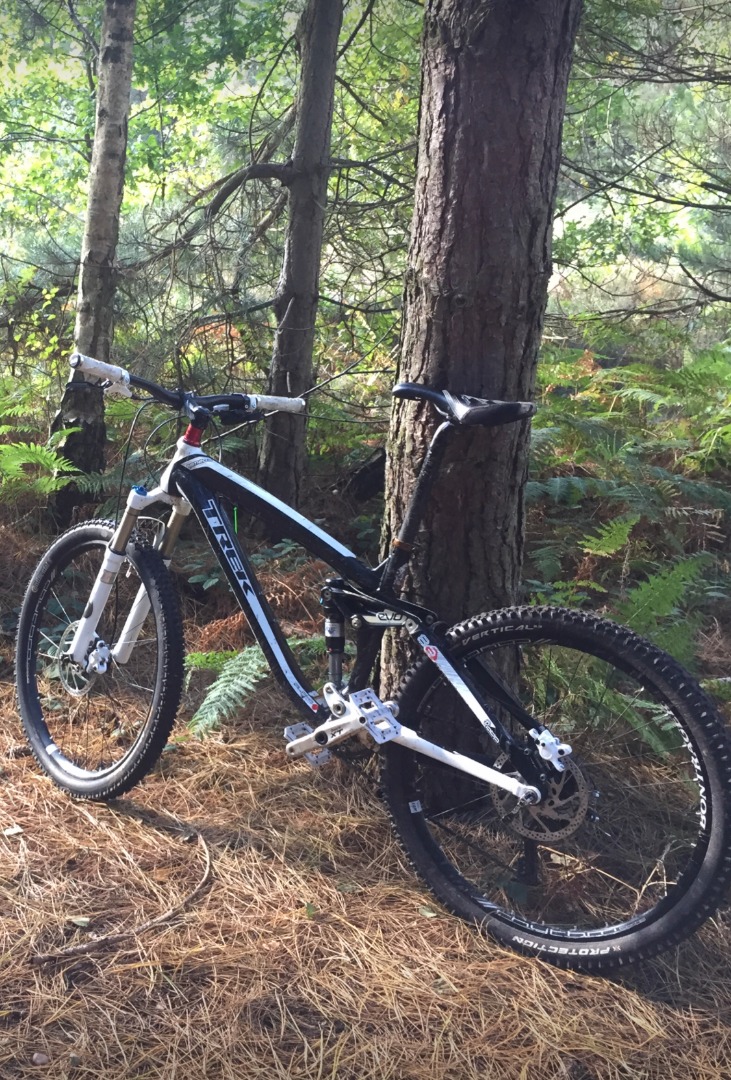 Stolen from Sainsburys petrol station near Castle Marina, Nottingham on 23rd July 2019. Trek Remedy  8 2012 Uk edition in black / white. My bike is distinctive. It has the standard bontrager saddle in black It has a dark gold seat clamp. Front 20 mm axle. Front disk brake calliper is black (it was replaced after snapping) while the rear is white. Fox shox front and rear. White grips on the handlebar. White pedals. Red stem spacers. In my photo below it was taken before the front caliper waas changed for black. Plus anyone with this bike could have made some slight changes to make it look different. I will know my bike when I see it. The tyres are the same. Also since this pic I had the front wheel re-spoked at a local shop. Thanks

Literally must have been the quickest bike theft in history from opportunistic people. I was out on a long cycle and out of water so I dashed over to the petrol station to grab a bottle of water. I did not have my lock with me and so put my bike near the exit of the shop / near the car wash. I thought this was more than enough space to stop my bike being nicked. Yes it was stupid. I bought my water and came outside to my bike having vanished, I did not spit anyone nearby and I asked a chap in the forecourt filling up his car - he told me that he might have seen some youths riding off towards Mcdonalds. I spent the next hour or so talking to people nearby and local people to see if I could find it with no luck, then I reported it to police and the security guard came to the petrol station to review the footage. THanks