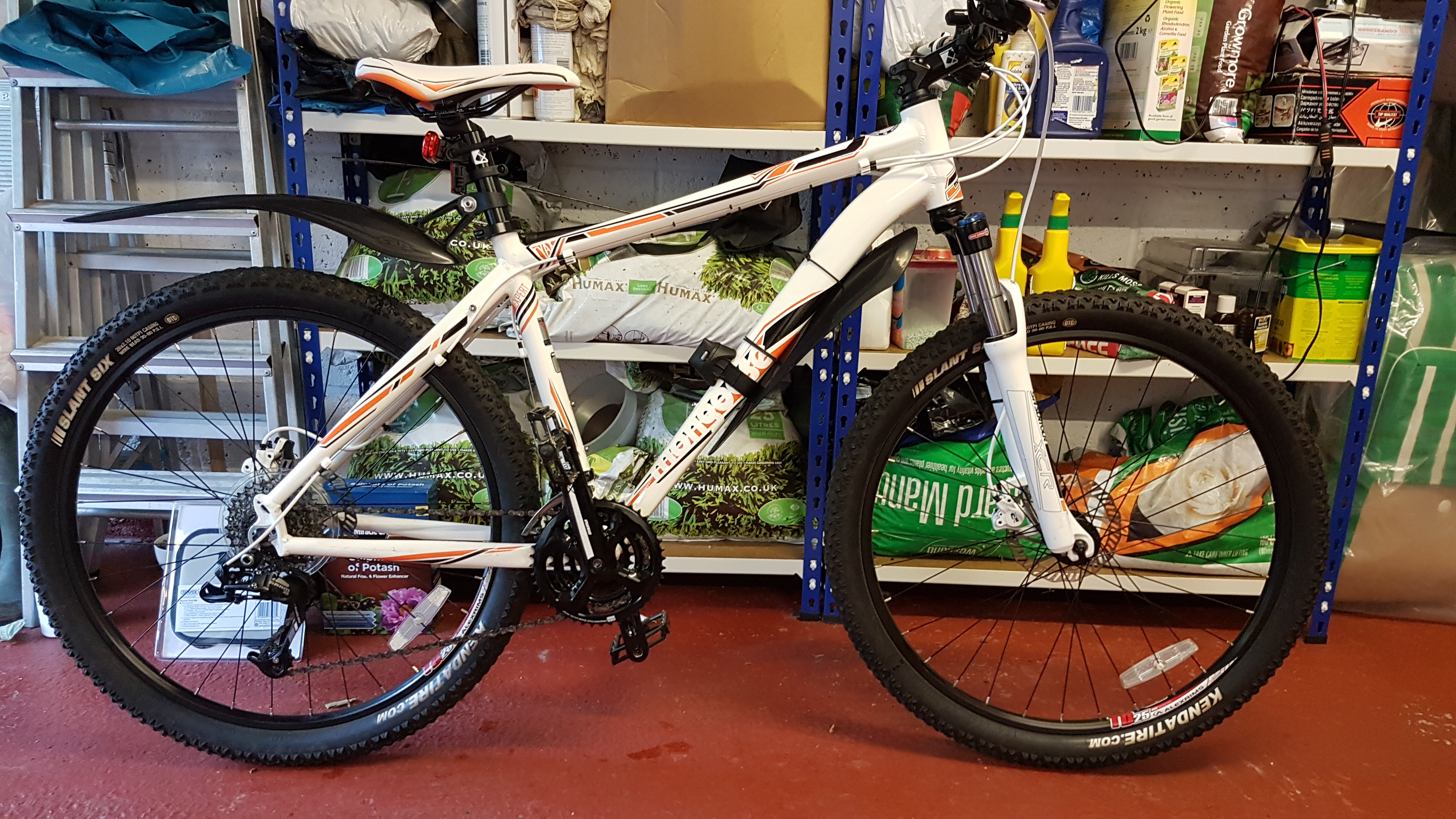 The bike was stolen in Brixton. It was locked up with a heavy duty lock and two steel cables. The thief used bolt cutters to remove the bike apart from the back wheel and then stole a rear wheel from the another bike so the bike has two different wheel types, the front being a proper mountain bike wheel and the back being a standard bike tyre.

My bike was stolen in mid January 2021, I immediately registered by bike as missing and I reported the bike as stolen to the Police. The Police followed up, took a statement and collected CCTV images which showed the bike being stolen. In early February I was contacted by the Police who informed me that someone had been arrested who happened to be in possession of my bike. I was able to collect my bike from the Police the same day.