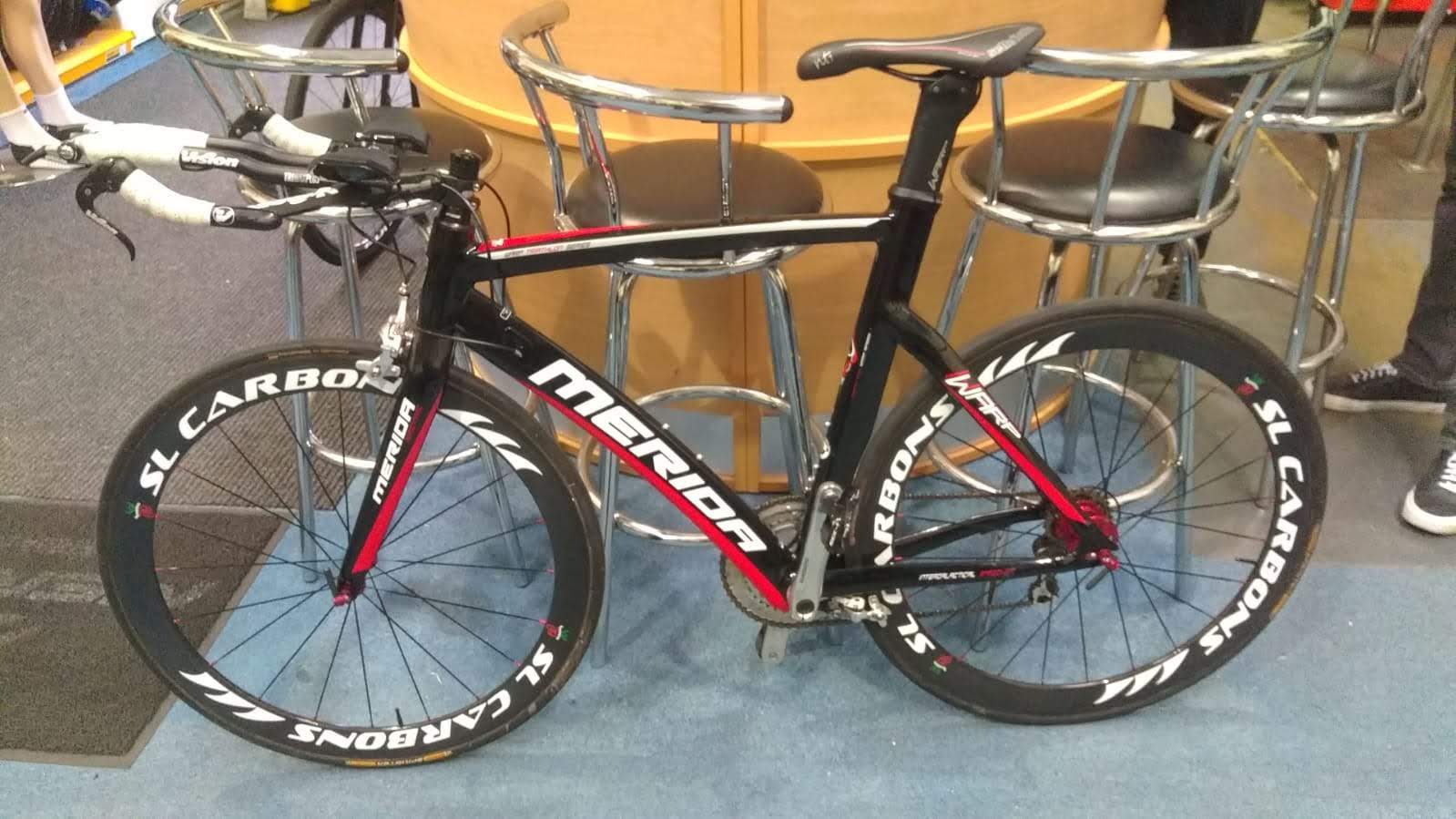 56" aero/TT frame with MERIDA in white bold letters on the down tube. The bike has a Vision TriMax aero cockpit with black wrap on the bullhorns and white on the aerobar extensions. There is a bridge between the aerobars and a bracket for a light. There is a piece of red electrical tape on the front derailler cable where the stem meets the head-tube as the cable has frayed. The saddle is an ISM Attack two-pronged affair. The wheels are 40mm aero carbons with SL CARBON decals in white; the rear derailleur is a Shimano 105 in black, and the crankset is 105 but in silver. The wheels are also tubular, with a 28mm on the front and a 21 on the back.