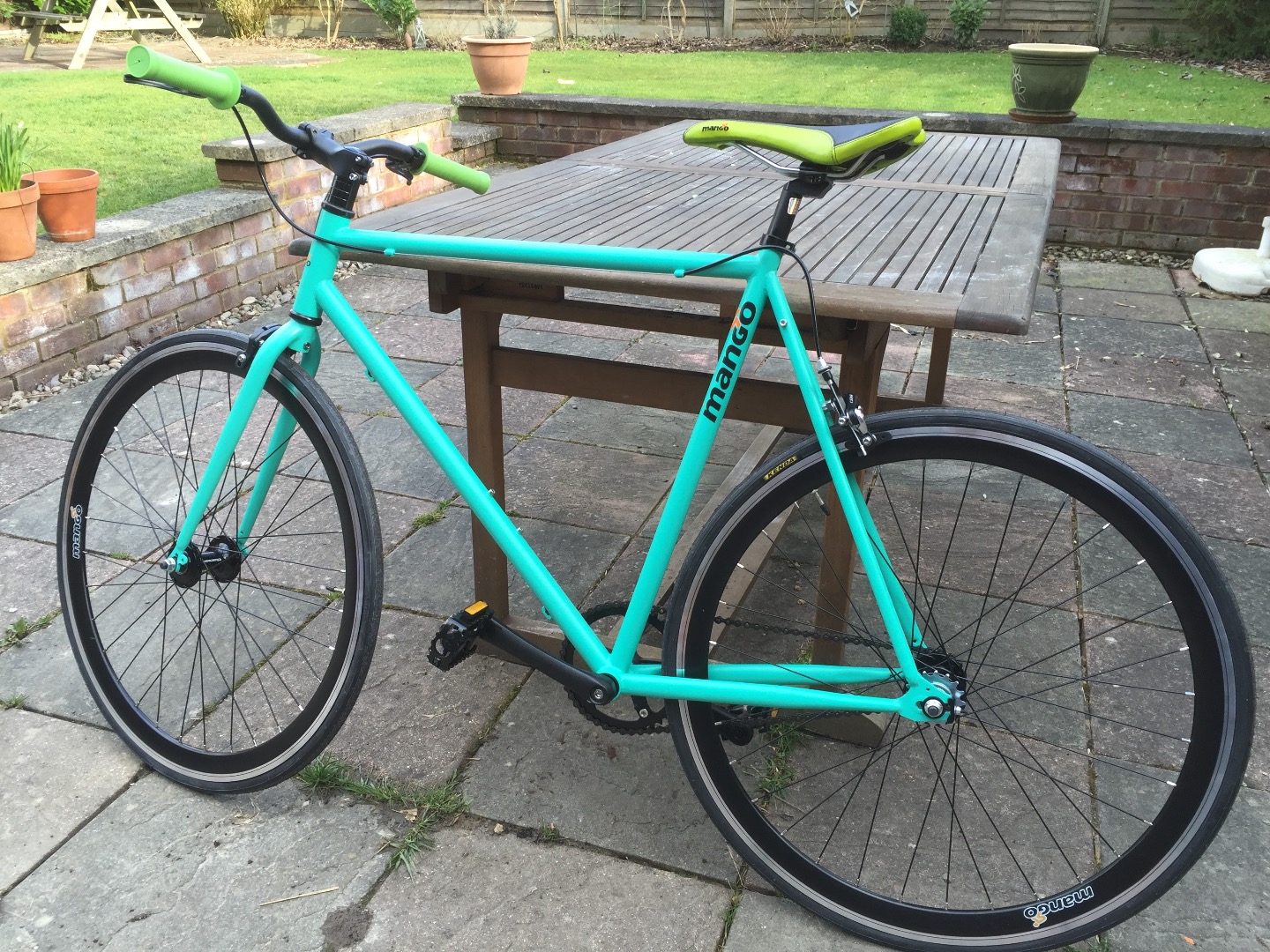 The bike is a single-speed Mango Bikes bike, with a cyan/green frame, green accented saddle, green handlebar grips, and slim wheels. There is one spoke reflector present on each wheel, positioned on the third spoke to the right of the valve. Also attached to the frame under the saddle is the plastic holder for the Kryptonite lock that it was locked up with. Attached is an image of the bike when it was purchased. The frame number was handwritten on the invoice, so the zeroes may be Os also.

I did not witness the theft. I am a new student at Imperial College London, the bike was stolen from a bike shelter at my university accommodation in South Kensington (SW7 area). When I moved in, I parked the bike at this bike shelter around 8 am, and wanted to return to it on the next day at 6 pm. The bike was only secured with a Kryptonite wire lock (intended to be temporary), which was taken with the bike.

The college has excellent CCTV, so using this the police was able to track down the thief who apparently took the bike while very drunk. I did not lock it properly so it was very easy for him to remove. They contacted him about it today and he returned the bike to the police station and was very remorseful. He bought a new lock for the bike and inflated the tyres as well. My sincerest thanks go to the Met Police staff and Imperial College's excellent security team. I will not be pressing charges as a criminal record is about the worst thing that someone can have.