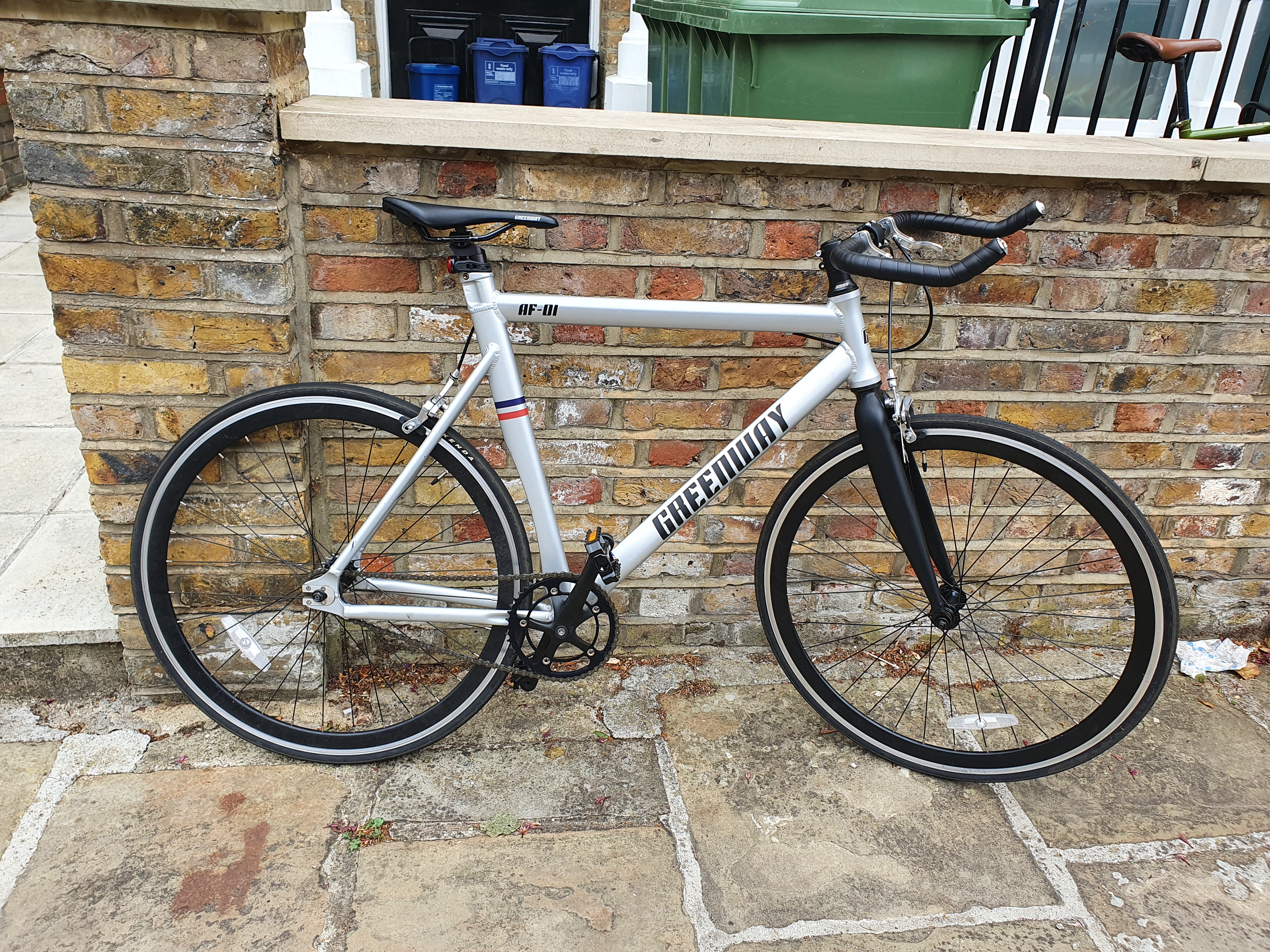 Silver Greenway single speed bike. The standard pursuit style handlebars were replaced with regular bullhorn handlebars with black faux leather tape. The back tire has been replaced with a Gator skin tire. The bike seat post bolt is stuck due to the bolt head having worn away. A notch has been cut in to the bolt head in an attempt to release it with a screwdriver, as a result the frame by the seat post bolt has been scored.

Removed from the railing it was locked to outside my flat.

The bike was placed against a railing inside the property and behind a waist size wall separating it from the street. A D-lock was used, however it was not properly fastened to the bike and railing. A passer by saw the bike, and despite it being inside the property thought the bike was being thrown out and subsequently "rescued" it. After a few days the member of the public thought it odd that a newish bike in good condition was being thrown out and returned to the property to ask about the bike and returned it after clarifying their error.