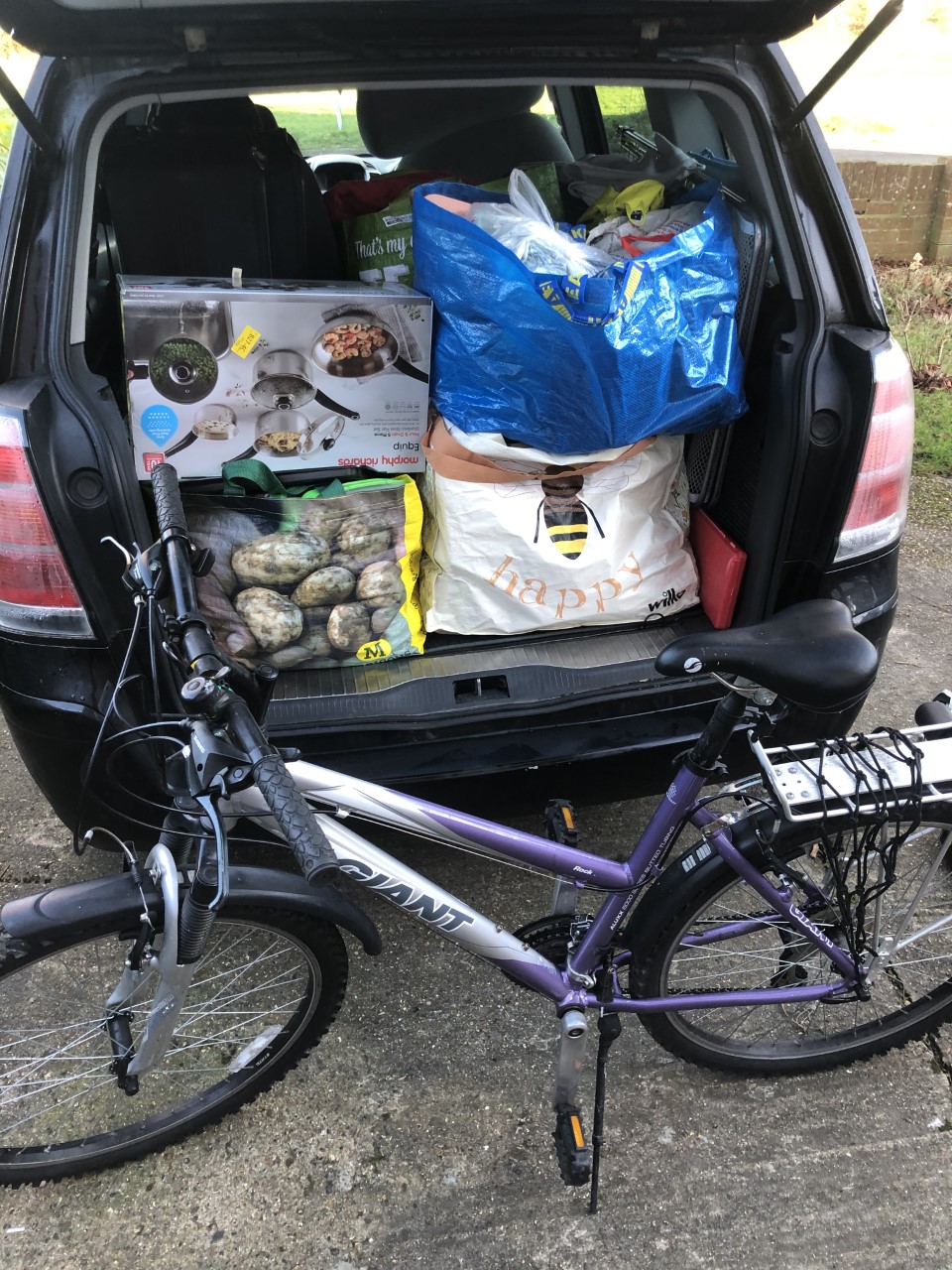 It is a silver and purple 'giant' bike. It has a silver metal storage rack over the back wheel which has black mesh over it. It has a working bike stand. On the left hand side of the handle bars there is a small circular black bell just to the right of the gear. Next to this there is a piece of distinctive green tape with the text 'Q/25' followed by some other numbers. Next to this there is a black holder which has some yellow tape underneath it which should be impossible to remove. The bike seat also had a removable comfortable bike seat cover on it at the time it was stolen. The frame itself says GIANT on the lower part, Rock on the upper part, and ALUXX 6000 SERIES BUTTED TUBING on the part of the frame that directly connects to the bike seat.