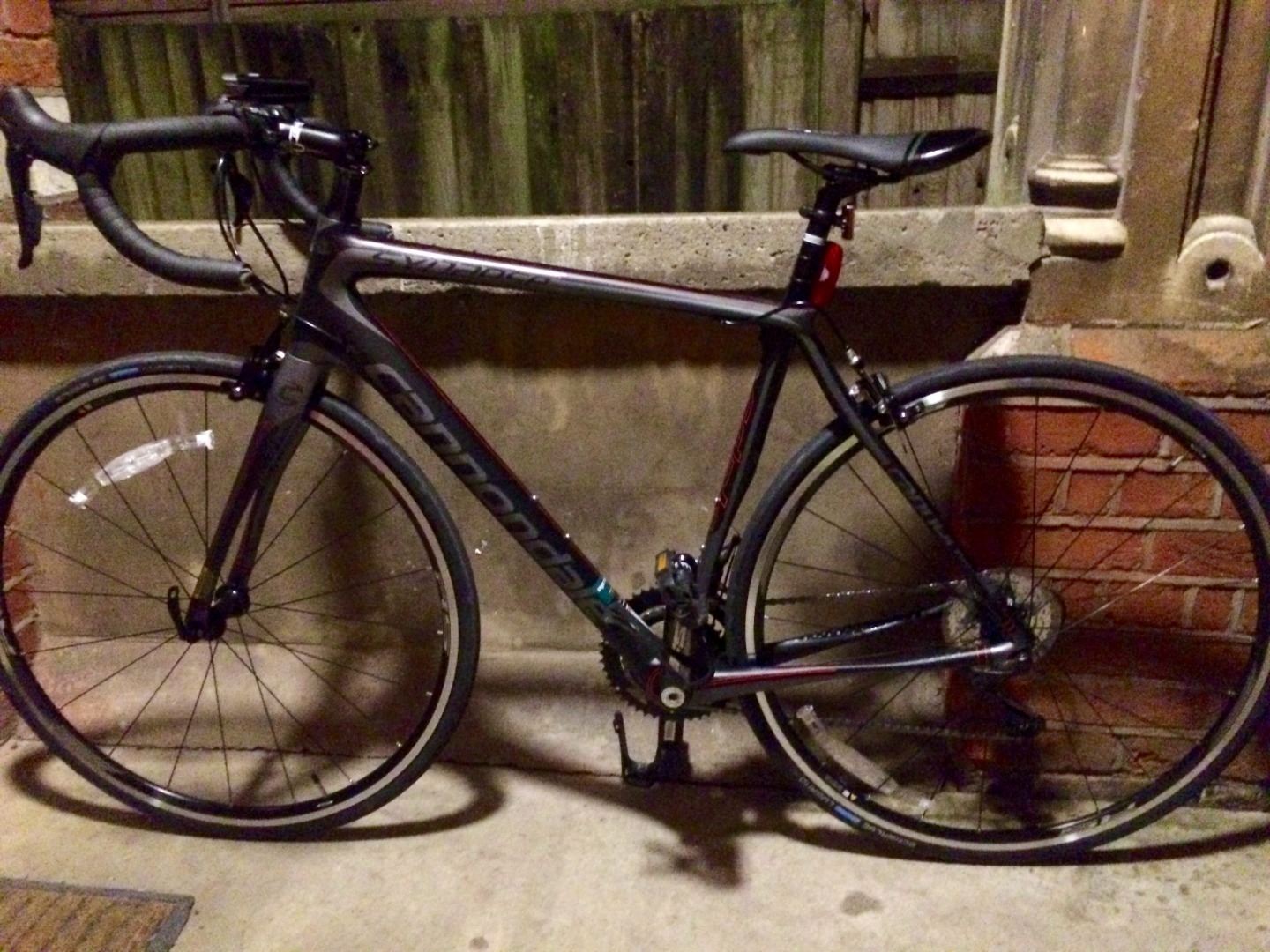 A 4-year old black carbon frame and forks road bike with some scratches, and Shimano 105 gear shifters. The bike had some small silver reflector stickers to be more visible at night too (these might have been removed, however). Stolen in broad daylight on Friday, 18th October at 16.30 during a downpour at a bike rack outside SampsonMay office in Old Union Yard Arches, between Union Street, Great Suffolk St and Surrey Row.

Two tallish white guys with baseball caps were seen running away with my bike whilst I was in The Charlotte pub on Union Street east of Southwark Station, after a meeting for one drink on a Friday afternoon. A person in another office reported what he saw to the police, apparently there is CCTV in the area but apparently it might just be a deterrent and not fully operational. The bike was locked up with one lock which they cut, and regrettably, I didn't have the extra safety of a second lock that day, which I usually carry with me.