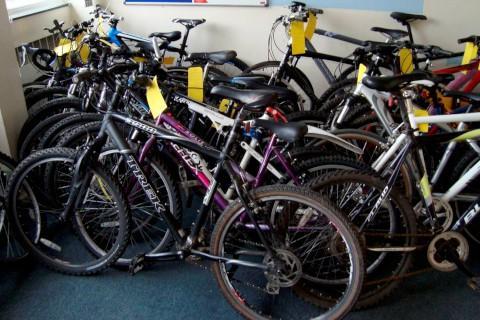 Cyclists have the chance to be reunited with their stolen or missing bicycles as Surrey Police open up shop to display the bikes.

The police will take over an empty retail unit on the weekend of Saturday, January 19, and Sunday, January 20, to try to reunite bicycle owners with the 50 they will have on display.

The bicycles, believed to be lost or stolen, will be on display for members of the public to inspect.

Detective Constable Paul Rennison said: “We have reviewed crimes in north Surrey and just over the border in the Thames Valley and Metropolitan Police areas but have been unable to link these bicycles to any burglaries or thefts.

“I would urge anyone whose bike has been lost or stolen to come along and check whether theirs is among those on display.

“Anyone coming along on the day is asked to bring any documentation they have about their bicycle and any police crime reference numbers they have if it has been reported as stolen property.”

Officers will be in an empty retail unit in the Elmsleigh Centre, Staines, from 10am to 4pm on both days.

Those who are unable to attend and have had their bicycle stolen and not reported to the police, call 101 to report the theft with a detailed description of the bicycle.