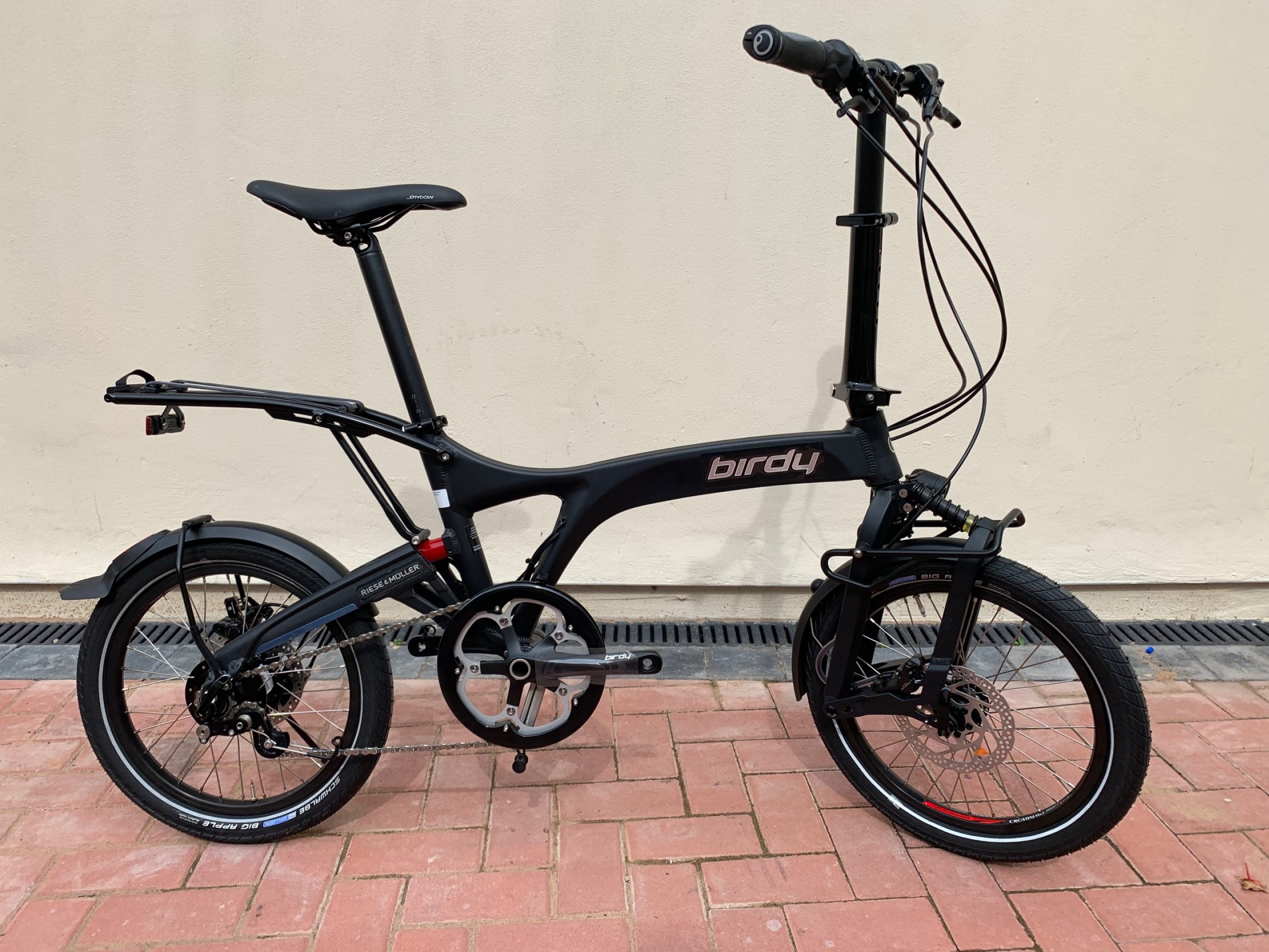 The thief cut through my lock with bolt cutters at the bike stand outside Waitrose. There was a boy on duty right by the bike stand but although he saw the thief he did nothing as he was frightened he might get stabbed and the thief was already on the bike.

I advertised it as stolen on Facebook Marketplace and got sent a sighting. Put up reward posters in the area and got several replies. Waited around in a car until I'd seen the man on the bike. Gave details to police who applied for a search warrant. Also got a separate lead from someone who spotted the bike through this site. It probably helped that a Birdy is an odd looking bike and is easily recognisable from a distance as well as being rare. Many thanks to my informants and to PC Rhys of the Gloucestershire Police!