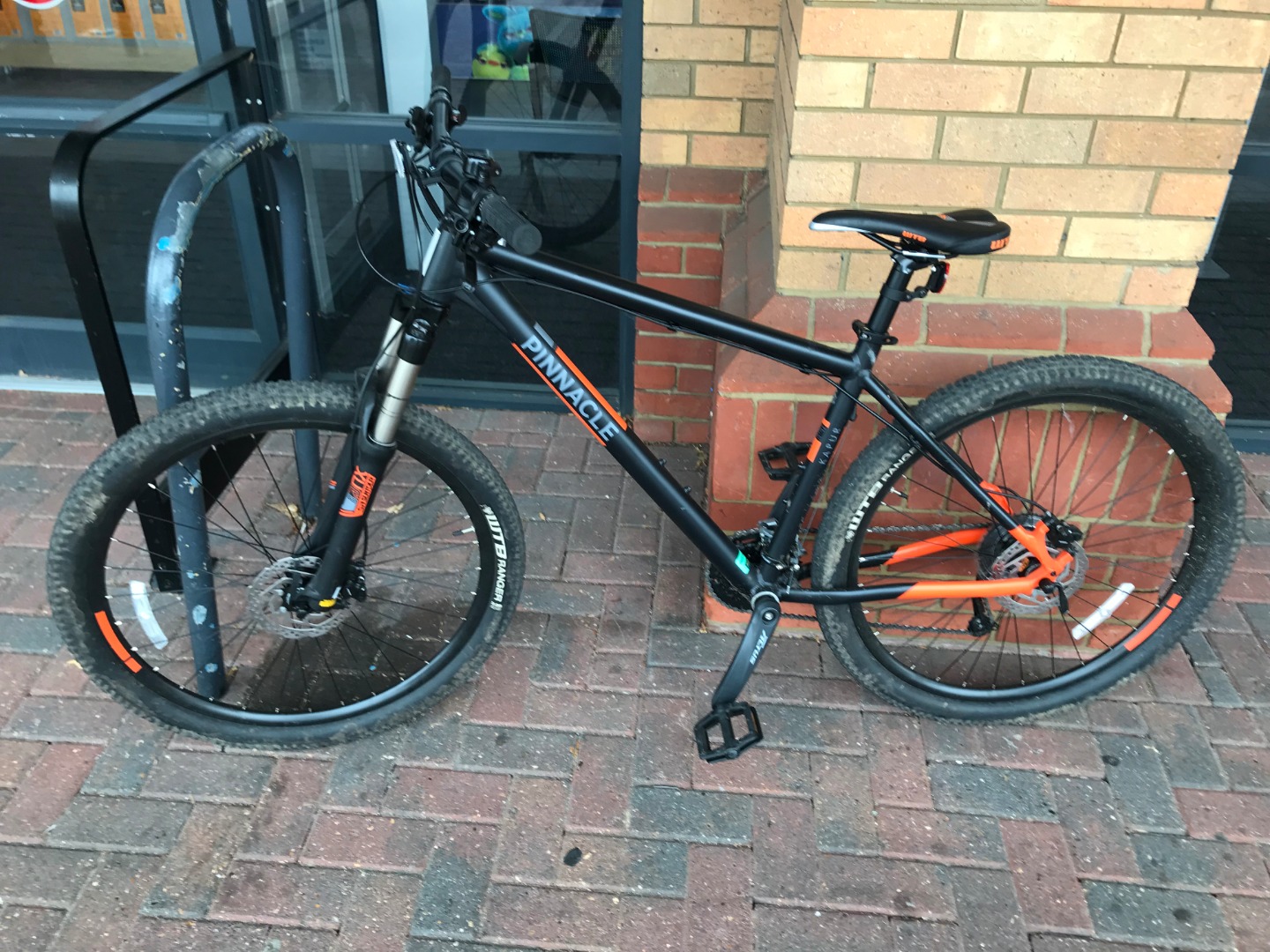 Bike was stolen from bike racks in Woking Town centre. By chance I saw a bike that looked like his outside Halfords in the Woking Lion retail park (3.54pm 03/09), it was not locked - this was very odd. I then called my son to see if he had his bike, and he was still on the train. I tried to question the guy but he was jumped on and rode away very quickly, I wasn't sure what to do, as I was 95% sure it was my sons, but could not be totally sure as he didn't know it was stolen at that point. Late 20's or 30's scruffy, looked like a drug user, mousey hair 5ft 6/7. Clearly stolen to sell.