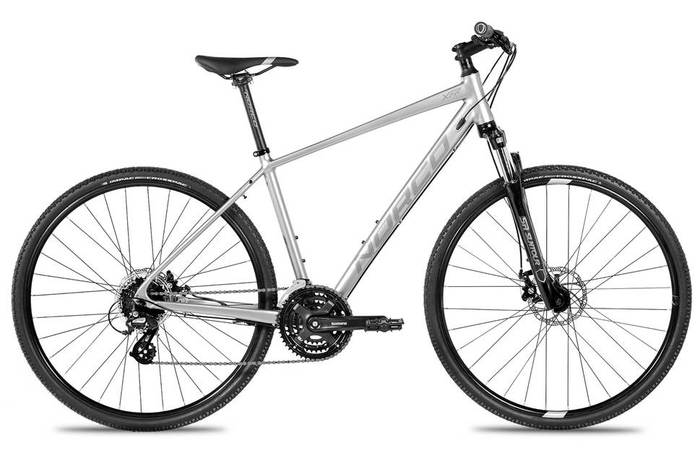 The bike is silvery-grey in colour. It has a square-metal frame, as opposed to the standard round metal used on most bikes. It has Shimano PD-GR500 pedals fitted, a stock photo of these is included. I have attached a stock photo of the bike from the manufacturers website, colour is the same but I believe mine had a darker coloured brand name on it. I have also attached a photo of my actual bike, but it is between two other bikes, so not very clear. Both of the wheels on mine have grey flashes on them, just like the front wheel does in the stock photograph. So does the seat. I had fitted a black bottle holder to it.   This was stolen at 03:49am on June 17th from a private car park in Cambridge.

This appears to have been a targeted theft. The bike was stored against a high fence, with another bike in front of it, as well as 4 van wheels, and all hidden behind a small van. It was not easily visible, and the footage of the theft shows the offender casually walk in, lift this bike out, and drop it over the security gate, before returning to take something else - though we are not sure what that was. The offender then left the car park and proceeded to cycle away on this bike.