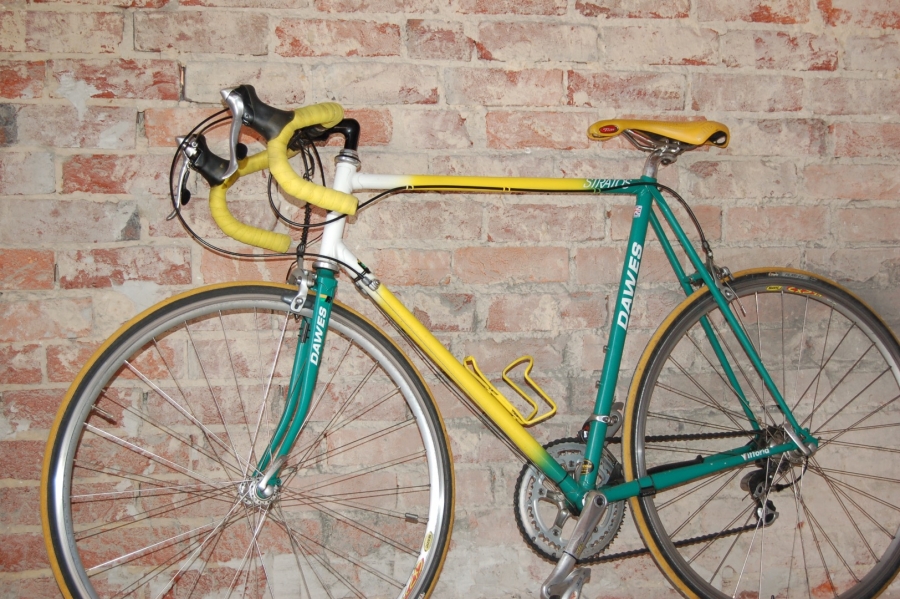 this bike had an ARGUS custom spray job sticker  down by crank . a REYNOLDS 531 competition frame, a yellow flite saddle , shimano 105 group set with 105 ergo shifts unusual for a bike of this age 1993 .  black & yellow vittoria tyres , yellow bar tape  , a cat eye  double wireless cycle computer with over 28,000 miles on it at the time it was stolen. this mike was my pride & joy and in  excellent condition.

i stopped off at my local news agents to buy sweets for my grand daughter i had m y cycle lock in my ruck sack but because there was nobody on the street or in the news agents i foolishly did not lock my bike big big mistake ! i was in the shop 2 minuits at the most i came out & it had gone . i phoned the police at once to report it stolen , the owner of the shop drove me around the roads in his car trying to see if we could see someone riding it .but it had vanished just like that . the owner of shop checked his cctv out side his shop we saw a male cross the road towards where i had left my bike but it was out of sight of his camera. it was worth well over £1000.00 and had been insured since i had it, but because i told the truth that i had not locked it they refused to pay out !