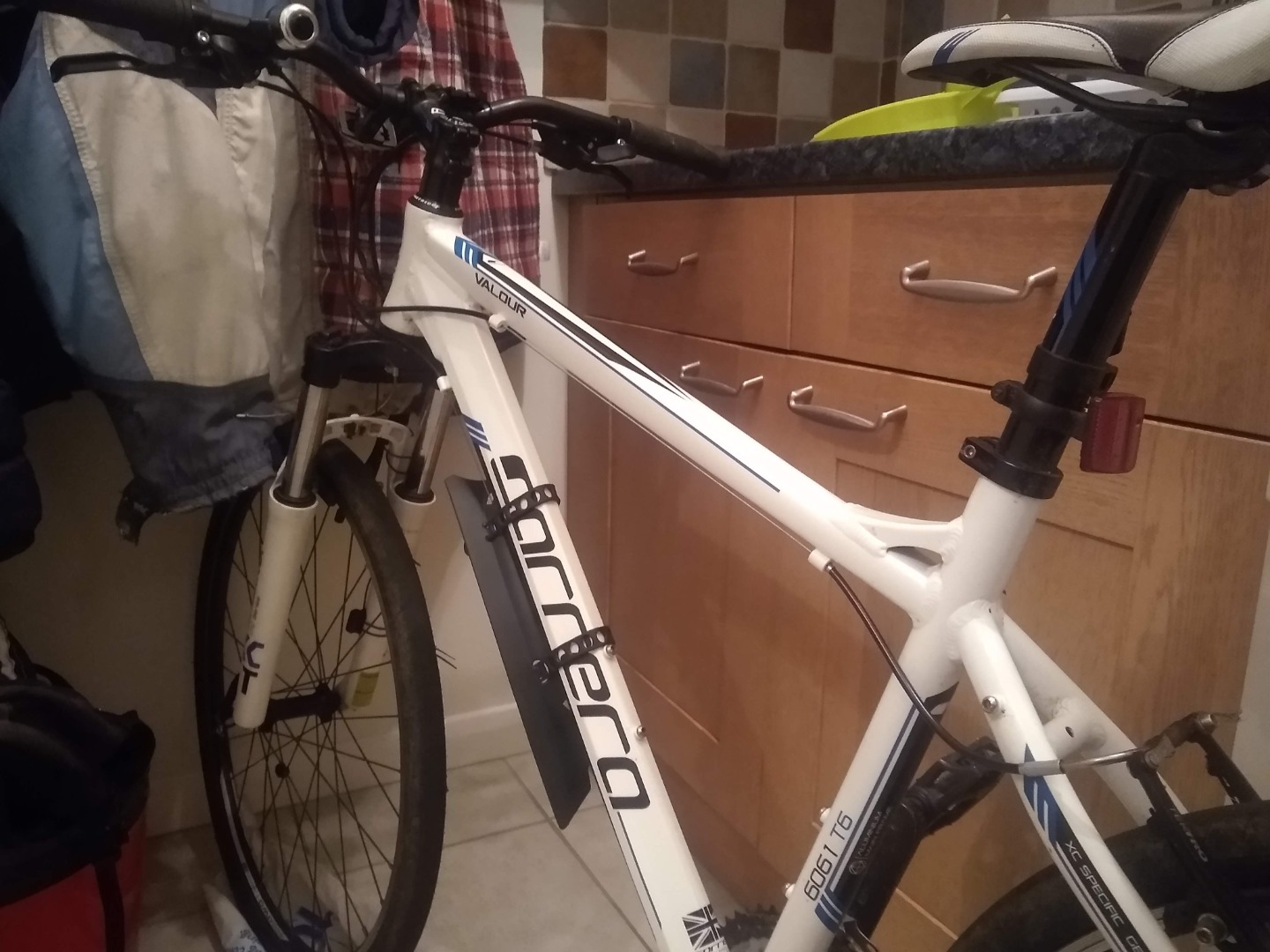 White Carrera Valour mens mountain bike. 20in frame. It has black and bllue markings. It has a white, black and blue saddle; had a black mudguard on the down tube when it was stolen, and a bell. It has slick tyres on - Schwalbe City Jets- that are very worn. I have added black rubber frame covers held on with string. It has a black pen markon the right handlebar; a straight chip in the cross bar top; a chiip on the left side of the rear frame and various little chips around the rear quick release nut areas. The front quick release left side is also very scraped. I have my postcode marked in UV pen on the rims .

Bike was locked up at Aldi Hucclecote in Gloucester. Male suspect seen on cctv riding his own white Carrera (Vulcan) bike to the Aldi store. My lock was cut off and my bike stolen. The suspect's white bike was chained up and left at the store. He returned later the same day to retrieve his bike, but could not as Aldi had placed their own lock around it. He asked Aldi staff to unchain it for him! They said they would in return for the stolen bike. He then left and Aldi Managers followed him through Hucclecote and got a very clear photo of him. He ran off.