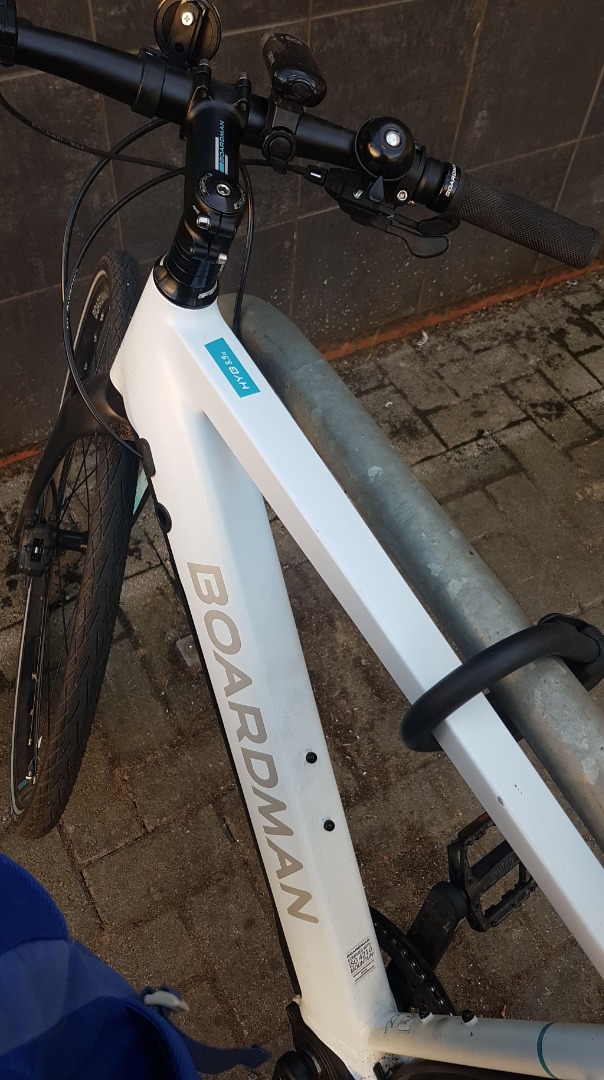 A white women's Boardman Hyb 8.9 e. There are two chips on the frame, top part. It had a rear sks mudguard attached, as well as two cateye lights. Battery sits in the frame, and can only be removed with a key- so if for sale, they may state the key is lost. Stolen with the lock still attached (as thieves removed the actual bike rack to steal it, and did not break through the lock)- HipLok E-DX.

Bike was stolen, presumably on the evening of 12th June 2022, from a communal bike store in Fishponds, Bristol. Thieves broke into the room, and stole the bike by unbolting the bike rack. There's no evidence that the bike lock was removed, as the thieves left bolt cutters behind which would not have gotten through the lock.