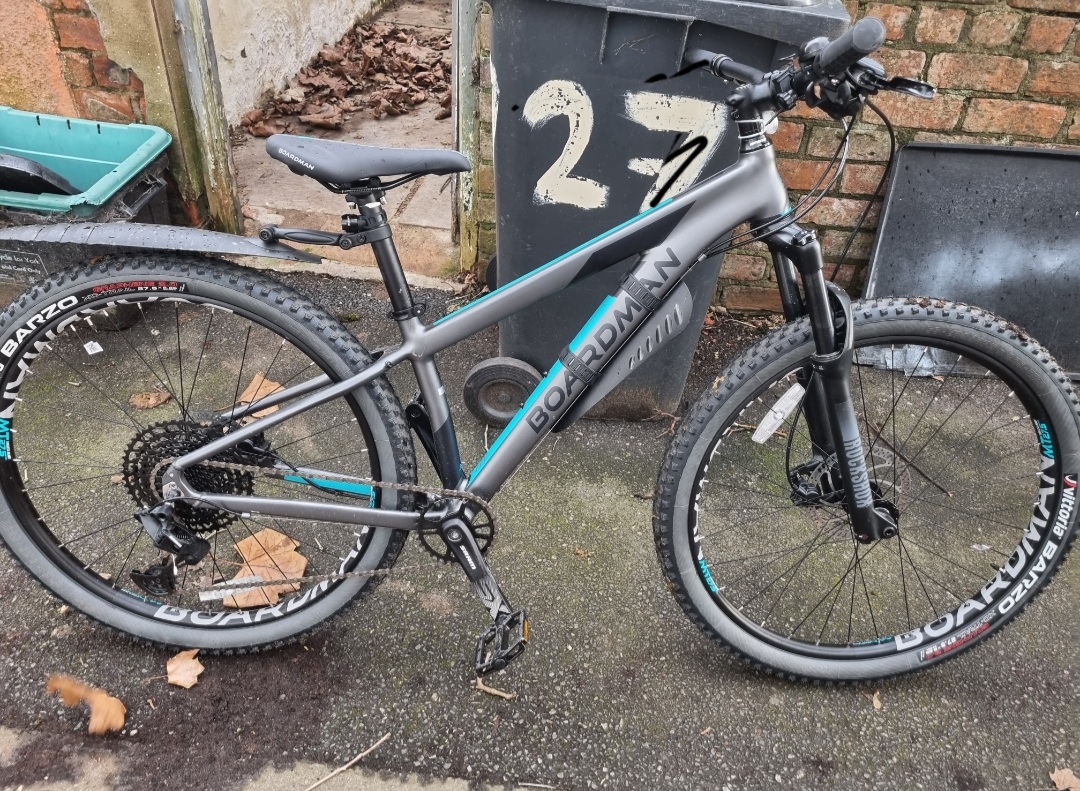 7 months old. Slightly scratched. Missing one of the reflectors from the wheels. Also missing the reflector from the front of the bike however the stand it was attached to is still there. Also had a light on the front which fell off but the cable tie is still attached. Had a halfords d lock around the neck at the time of theft. Mud guard above the back wheel and a mud guard attached to the frame.

Stolen from the doorway of my pub on Lendal York after a delivery by a man wearing a cap, stripy jumper, joggers and bright yellow socks. He approached on a red bike which he must have secured in the bike racks opposite on Lendal and then stole my bike. He then left on my bike in the direction of museum Street.