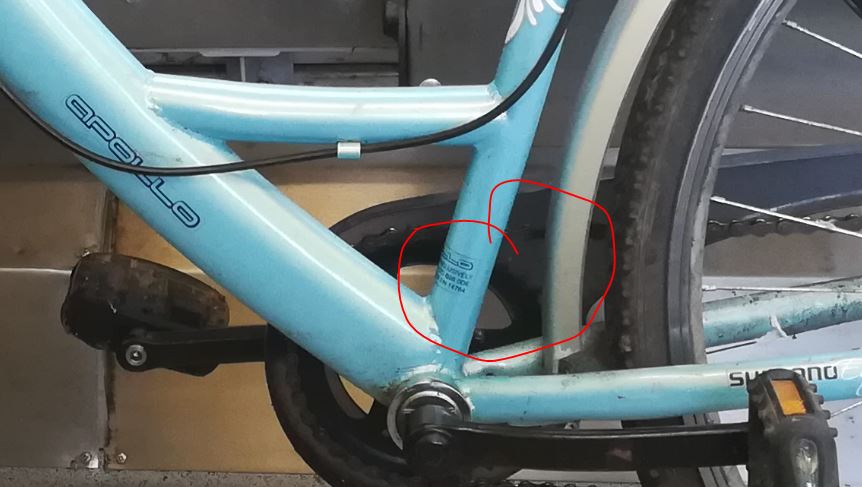 A blue (mostly light blue) Apollo Metris ladie's town (dutch-style sit up and beg) bike was stolen from Mayflower Court's (Reading, Berks) apartment blocks' underground parking, bay 1, some time between Christmas eve 2019 (after 1:30pm) and the 27th December 2019 (before 5:30pm). 2 locks were cut. A 2nd bike, a white Raleigh, which was chained to it wasn't taken. The blue Apollo Metris was purchased in 2011 from Cogan near Barry in Cardiff. Apollo is a Halfords brand and this was bought at the time that particular model was new in the shops. It has two reelights attached to the frame, a magnet for each reelight on eachwheel, a frame lock attached to the frame and a black paneer rack on the back which has a wide LED light attached to it.On the frame is also a bell which was purchased from Tiger not long ago and a bracket for a Blaze lazerlight. There is a black basket on the front. The pedals are pedalite pedals, a type which flash three lights (front: white, middle: yellow, back: red) as you ride.The red bell pictured is no longer on the bike. There was a bell from Tiger on the bike as it was stolen.